No Sad Songs by Frank Morelli

Following a family tragedy, 18-year-old Gabe LoScuda suddenly finds himself thrust into the role of caregiver for his ailing grandfather. Between the shopping trips and the doctor visits with Grandpa, Gabe and his friend John try to salvage their senior year, meet girls, and make the varsity baseball team. It doesn’t take long for Gabe to realize that going to school and looking after a grandfather with Alzheimer’s is more work than he ever imagined.
And when long-lost Uncle Nick appears on the scene, Gabe soon finds that living with Nick and Grandpa is like babysitting two grown men. Aside from John, the only person who truly understands Gabe is Sofia, a punk-rocking rebel he meets at the veteran’s hospital. When these three unlikely friends are faced with a serious dilemma, will they do what it takes to save Grandpa? If there’s a chance of preserving the final shreds of Grandpa’s dignity, Gabe may have to make the most gut-wrenching decision of his life—and there’s no way out. 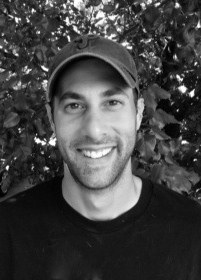 FRANK MORELLI has been a teacher, a coach, a bagel builder, a stock boy, a pretzel salesman, a bus driver, a postal employee, a JC Penney model (see: clerk), an actual clerk (like in the movie of the same name), a camp counselor, a roving sports reporter, and a nuclear physicist (okay, maybe that’s not true). At heart, he’s a writer, and that’s all he’s ever been. His fiction and essays have appeared in more than thirty publications, including The Saturday Evening Post, Cobalt Review, Philadelphia Stories, Jersey Devil Press, and Indiana Voice Journal. His sports-themed column—“Peanuts & Crackerjacks”—appears monthly at Change Seven Magazine.  A Philadelphia native, Frank now lives near Greensboro, NC in a tiny house under the trees with his best friend and muse, their obnoxious alley cats, and two hundred pounds worth of dog.

Grandpa wound back and tossed the ball. The top half caught the sun and gleamed in white. The bottom half was the dark side of the moon. The laces flipped and twirled, and I fought hard to keep myself from jumping out of the way and disappointing Grandpa.
Then I felt leather make contact with leather. The weight gathered in the pocket. There was a soft SNAP! as my bare hand clamped over the front of the glove.
“Would you look at that?! My grandson’s a friggin’ natural!”
“The next Willie Mays,” Dad said. “The next Willie Mays.”
I often think about moments like these—the ones that feel so light and carefree at the time, but that carry with them much heavier insights. It’s only in the future, after time has beaten the ever-loving crap out you, that you realize what was actually taking place on a day like that. And it reminds me of one of Roberts Frost’s most famous poems, which also happens to appear in one of my favorite books of all time: The Outsiders. I may have read S.E. Hinton’s most popular book way back in middle school, but I will never forget the sage insight Johnny Cade gives to Ponyboy through Frost’s words. They still ring in my ears:

Nature’s first green is gold,
Her hardest hue to hold.
Her early leaf’s a flower;
But only so an hour.
Then leaf subsides to leaf,
So Eden sank to grief,
So Dawn goes down to day
Nothing gold can stay.

When the ball popped my mitt that day—so many years ago when I could barely see over the shoulders of a cricket—and I squeezed it before it flipped lifelessly to the grass, I had held onto more than just the ball. I had held that gold in my hand—the hardest hue. And Gramps and Dad recognized it immediately, for they had once held the same hue in their own hands. Their appreciation for the gift that had been mysteriously stolen from them—their youth—was the catalyst for all the smiles and laughter these two produced in my honor. But, for them, that first youthful hue was far behind them, just a distant blip that wouldn’t even register on a satellite image. For them, dawn had long ago gone down to day, and the only gold they’d see again would exist within the DNA they had passed along to me.
These days, I’m not even sure I possess the hue anymore. I’m eighteen years old and, for me, the light is already starting to fade. But I’m lucky. For Gramps and for Dad, men whose youth and energy once injected jolts of electricity into anything they touched, the flame has already been extinguished—and nothing they or I or even God could do would ever change that fact.